Gene drive systems have been proposed for suppression or replacement of pest species. For example,  rather than eradicate the dengue vector Aedes aegypti, the goal would be to replace existing populations with a mosquito population that cannot transmit the dengue virus. We have been developing novel self-limiting gene drive systems for Ae. aegypti. The systems are being first tested in D. melanogaster. 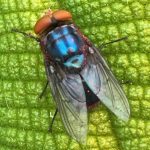 We are also interested in developing CRISPR/Cas9-based systems for suppression of the pest species D. suzukii and C. hominivorax. We are working on homology-dependent gene drive systems and Y-linked gene editor systems. The genes targeted are essential for female development or fertility.